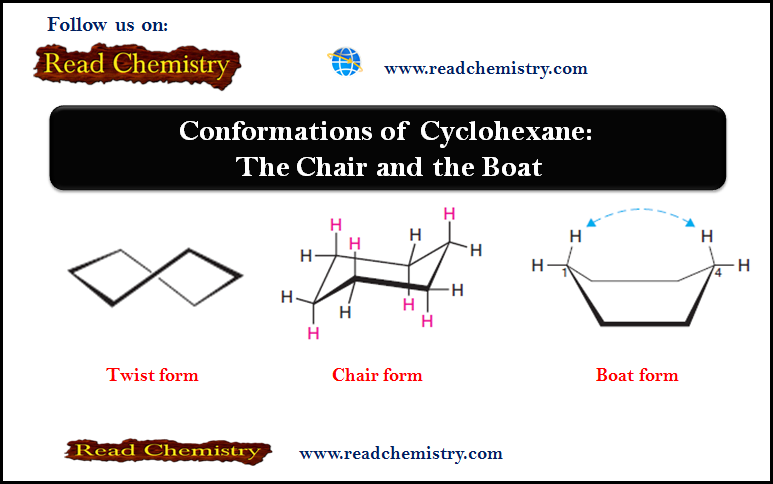 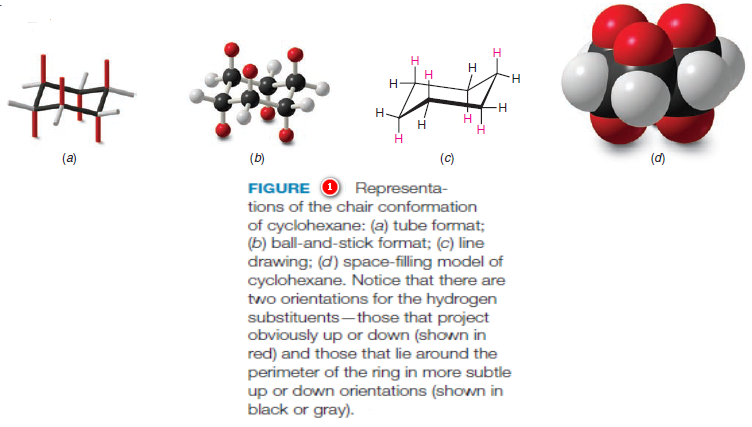 ❒When viewed along any carbon–carbon bond (viewing the structure from an end, Fig.2), the bonds are seen to be perfectly staggered. Moreover, the hydrogen atoms at opposite corners of the cyclohexane ring are maximally separated.

(3) By partial rotations about the carbon–carbon single bonds of the ring, the chair conformation can assume another shape called the boat conformation (Fig.3). 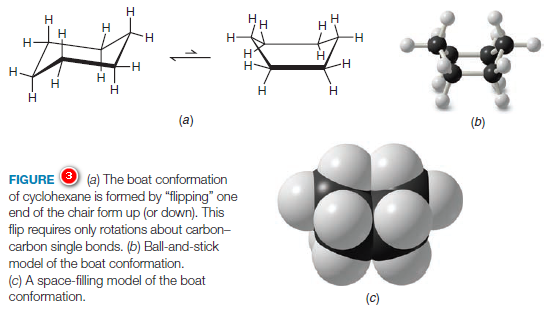 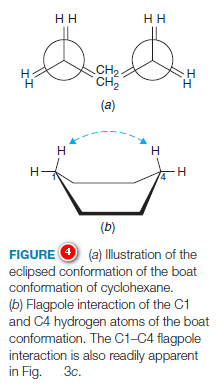 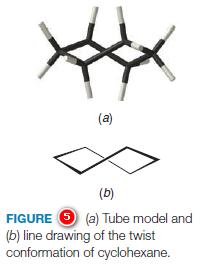 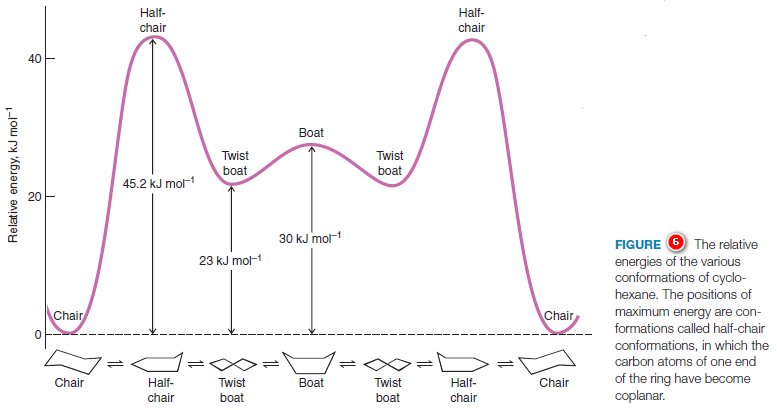 (6) Because of the greater stability of the chair, more than 99% of the molecules are estimated to be in a chair conformation at any given moment.

❒Cycloheptane, cyclooctane, and cyclononane and other higher cycloalkanes also exist in nonplanar conformations. The small instabilities of these higher cycloalkanes appear to be caused primarily by torsional strain and repulsive dispersion forces between hydrogen atoms across rings, called transannular strain. The nonplanar conformations of these rings, however, are essentially free of angle strain.
❒X-ray crystallographic studies of cyclodecane reveal that the most stable conformation has carbon–carbon–carbon bond angles of 117o. This indicates some angle strain. The wide bond angles apparently allow the molecules to expand and thereby minimize unfavorable repulsions between hydrogen atoms across the ring.
❒There is very little free space in the center of a cycloalkane unless the ring is quite large. Calculations indicate that cyclooctadecane, for example, is the smallest ring through which a –CH2CH2CH2–  chain can be threaded. Molecules have been synthesized, however, that have large rings threaded on chains and that have large rings that are interlocked like links in a chain. These latter molecules are called catenanes.

❒In 1994 J. F. Stoddart and co-workers, then at the University of Birmingham (England), achieved a remarkable synthesis of a catenane containing a linear array of five interlocked rings. Because the rings are interlocked in the same way as those of the olympic symbol, they named the compound olympiadane.
Reference: Organic chemistry / T.W. Graham Solomons , Craig B.Fryhle , Scott A.snyder , / ( eleventh edition) / 2014.