Difference between Isotopes, Isobars and Isotones 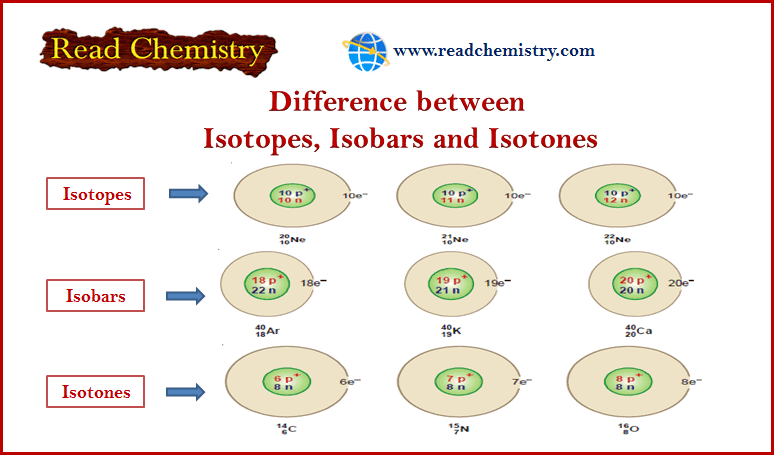 In this lesson , the Difference between Isotopes, Isobar and Isotones will be discussed with some Common Examples for all types.

** Isotopes of Hydrogen: There are three isotopes of hydrogen : protium 1H1, deuterium 2H1 or D , and tritium 3H1 or T . 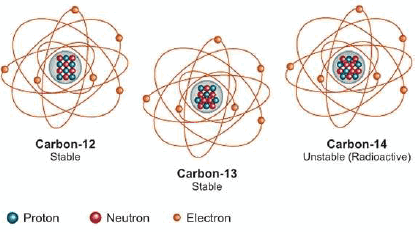 ** Isobars are The atoms which have the same mass number but different atomic numbers are called isobars.

** The word isobar meaning ‘equally heavy’ is taken from the Greek isos = equal, and barys = heavy.

(3) Some other examples of isotones are :