Alkene Synthesis by Dehydration of Alcohols

– Dehydration of alcohols is a common method for making alkenes. The word dehydration literally means “removal of water.”

– Dehydration is reversible, and in most cases the equilibrium constant is not large.

– In fact, the reverse reaction (hydration) is a method for converting alkenes to alcohols.

– Dehydration can be forced to completion by removing the products from the reaction mixture as they form.

– The alkene boils at a lower temperature than the alcohol because the alcohol is hydrogen bonded.

– A carefully controlled distillation removes the alkene while leaving the alcohol in the reaction mixture Concentrated sulfuric acid and/or concentrated phosphoric acid are often used as reagents for dehydration because these acids act both as acidic catalysts and as dehydrating agents.

– Hydration of these acids is strongly exothermic.

– The mechanism of dehydration resembles the E1 mechanism .

– In the second step, loss of water from the protonated alcohol gives a carbocation.

– The carbocation is a very strong acid: Any weak base such as (H2O) or HSO4– can abstract the proton in the final step to give the alkene.

MECHANISM: Acid-Catalyzed Dehydration of an Alcohol

Step 3: Deprotonation to give the alkene (fast).

Step 3: Deprotonation to give the alkene (fast).

– Like other E1 reactions, alcohol dehydration follows an order of reactivity that reflects carbocation stability: 3° alcohols react faster than 2° alcohols, and 1° alcohols are the least reactive.

– Rearrangements of the carbocation intermediates are common in alcohol dehydrations.

– In most cases, Zaitsev’s rule applies: The major product is usually the one with the most substituted double bond.

Propose a mechanism for the sulfuric acid–catalyzed dehydration of tert-butyl alcohol.

– The first step is protonation of the hydroxyl group, which converts it to a good leaving group.

– The second step is ionization of the protonated alcohol to give a carbocation.

– Abstraction of a proton completes the mechanism. 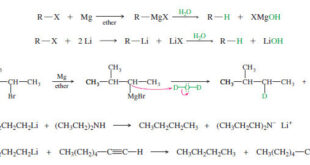 Side Reactions of Organometallic Reagents 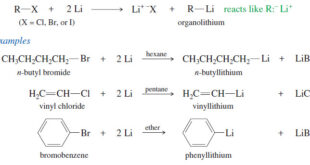 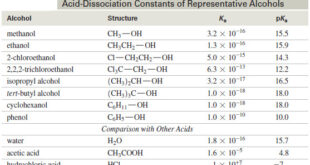 Acidity of Alcohols and Phenols 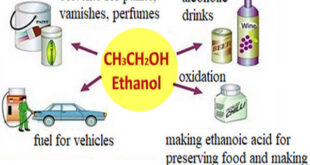