– Because the carbon–carbon double bond is readily converted to other functional groups, alkenes are important intermediates in the synthesis of polymers, drugs, pesticides, and other valuable chemicals.

– Ethylene is the organic compound produced in the largest volume, at around 160 billion pounds per year worldwide.

– Most of this ethylene is polymerized to form about 90 billion pounds of polyethylene per year.

– The remainder is used to synthesize a wide variety of organic chemicals including ethanol, acetic acid, ethylene glycol, and vinyl chloride.

– Ethylene also serves as a plant hormone, accelerating the ripening of fruit.

– For example, tomatoes are harvested and shipped while green, then treated with ethylene to make them ripen and turn red just before they are placed on display.

– The rest is used to make propylene glycol, acetone, isopropyl alcohol, and a variety of other useful organic chemicals.

– Polymers is one of the common Commercial Importance of Alkenes

– Many common polymers are made by polymerizing alkenes.

– These polymers are used in consumer products from shoes to plastic bags to car bumpers.

– An alkene monomer can polymerize by a chain reaction where additional alkene molecules add to the end of the growing polymer chain.

– Because these polymers result from addition of many individual alkene units, they are called addition polymers.

– Polyolefins are polymers made from monofunctional (single functional group) alkenes such as ethylene and propylene.

– The following Figure shows some addition polymers made from simple alkenes and haloalkenes.

– We discuss polymerization reactions in the following subjects.

Share
Previous Nomenclature of Alkenes
Next Stability of Alkenes 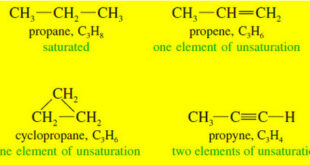